History of the cave

The Snow Cave on Raduha is the highest tourist cave in Slovenia and one of the highest in Europe. The uniqueness of this 10 to 12 million-year-old cave is the eternal ice in the Ice Hall and a large amount of cave milk – malgonite, which could be found on the walls in the form of linings or various stalactite formations. The rest of the stalactite richness is as magnificent as stalactites in the most beautiful tourist caves in Slovenia and abroad. From mighty pillars (the second-highest pillar in Slovenian caves, 21 m high), curtains to other active sigma formations, stalagmites and stalactites. The cave is also rich in cave fauna. As many as seven species of blind cave beetles were discovered living in the cave. While researching the sediments cave bear skeleton and shark teeth were also found.

The cave was discovered by members of the Črni Galeb Caving Club from Prebold on August 23, 1981. Before that, in 1938, the karst collapse doline, full of icy snow, was registered and entered into the Slovenian cave cadastre by cave biologist Egon Pretner. After discovering the interior parts, conducting research and making a map of the cave, the Prebold cavers opened the cave for tourist visits on July 14, 1990. Since then, they have been responsible for professional and safe guided tours in the cave.

Even though the cave is open for tourist visits, it still provides an original and authentic experience of the underground world. The entire path through the cave is structured so that the cave stayed almost untacked. The entrance of the cave is illuminated with electric lights, further on, visitors, together with an experienced cave guide, enter the underworld carrying carbide lamps.

Join us on an unforgettable cave adventure! 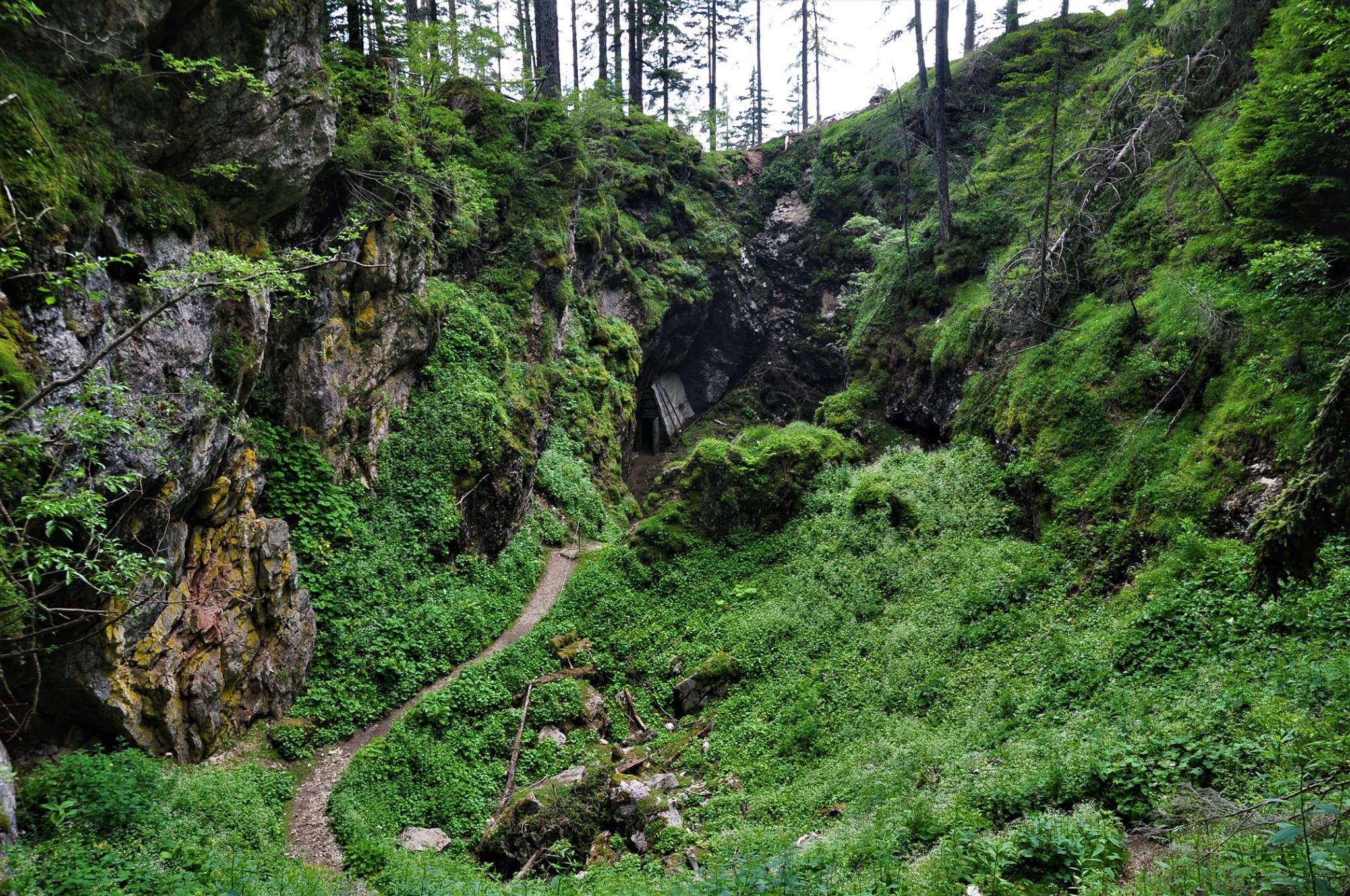 Cave biologist Egon Pretner discovers the collapse doline, registers it and enters it in the Slovenian cave register. 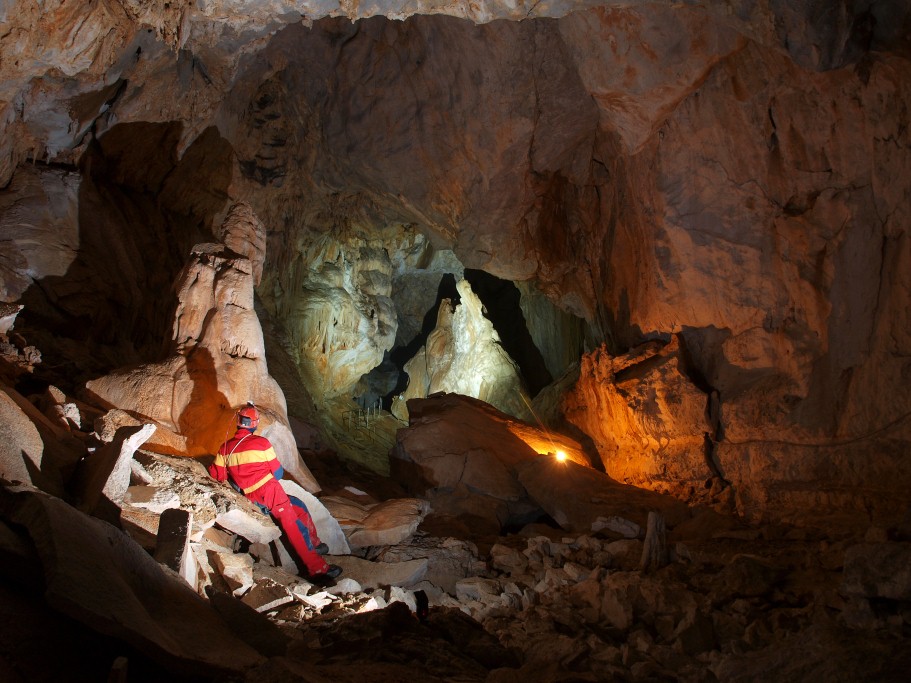 The cave is discovered by members of the Črni galeb Caving Club Prebold, 23 August 1981. 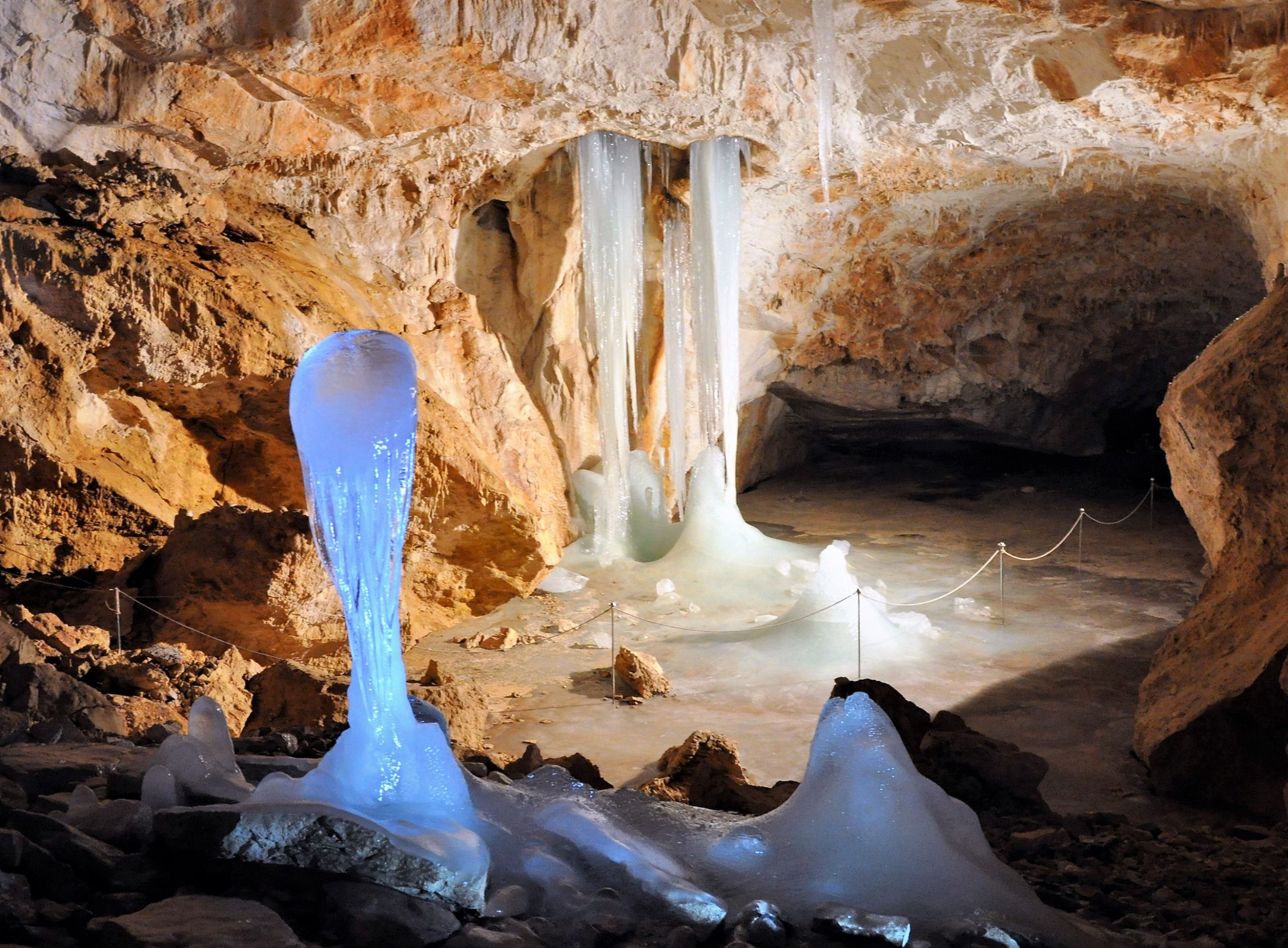 After discovering the interior parts, conducting research and making a map of the cave, the Prebold cavers opened the cave for tourist visits on July 14, 1990. 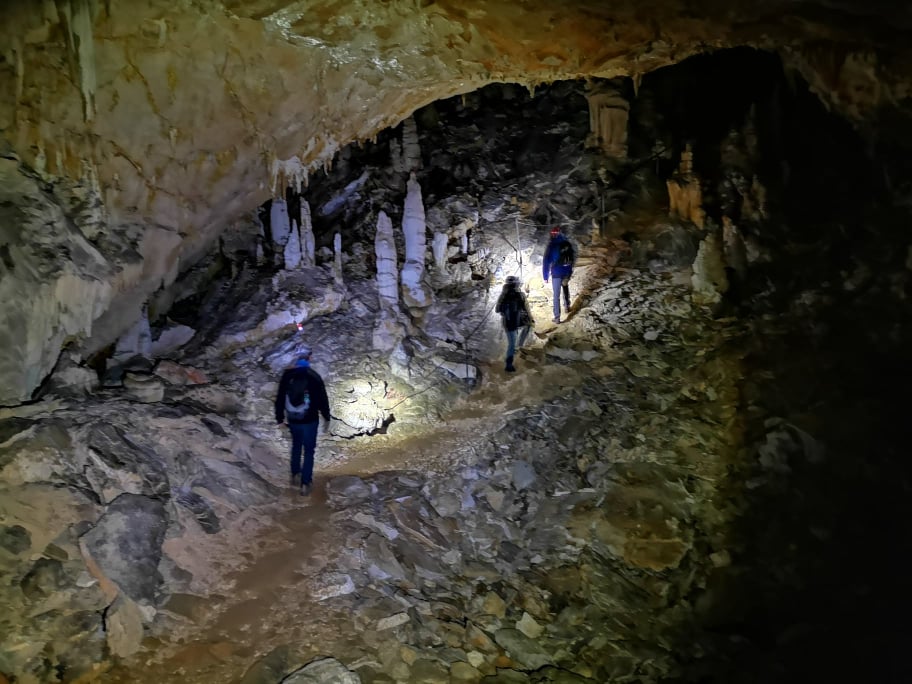 Every summer, experienced cave guides in the light of carbide lamps reveal the secrets of the underground world to visitors from all over the world.

We use cookies on our website to provide you with the most appropriate user experience. By clicking "Accept All" you agree to their use. Alternatively, you can visit "Cookie Settings" to obtain controlled consent.
Cookie SettingsAccept all
Manage consent

This website uses cookies to improve your experience while you navigate through the website. Out of these, the cookies that are categorized as necessary are stored on your browser as they are essential for the working of basic functionalities of the website. We also use third-party cookies that help us analyze and understand how you use this website. These cookies will be stored in your browser only with your consent. You also have the option to opt-out of these cookies. But opting out of some of these cookies may affect your browsing experience.
SAVE & ACCEPT